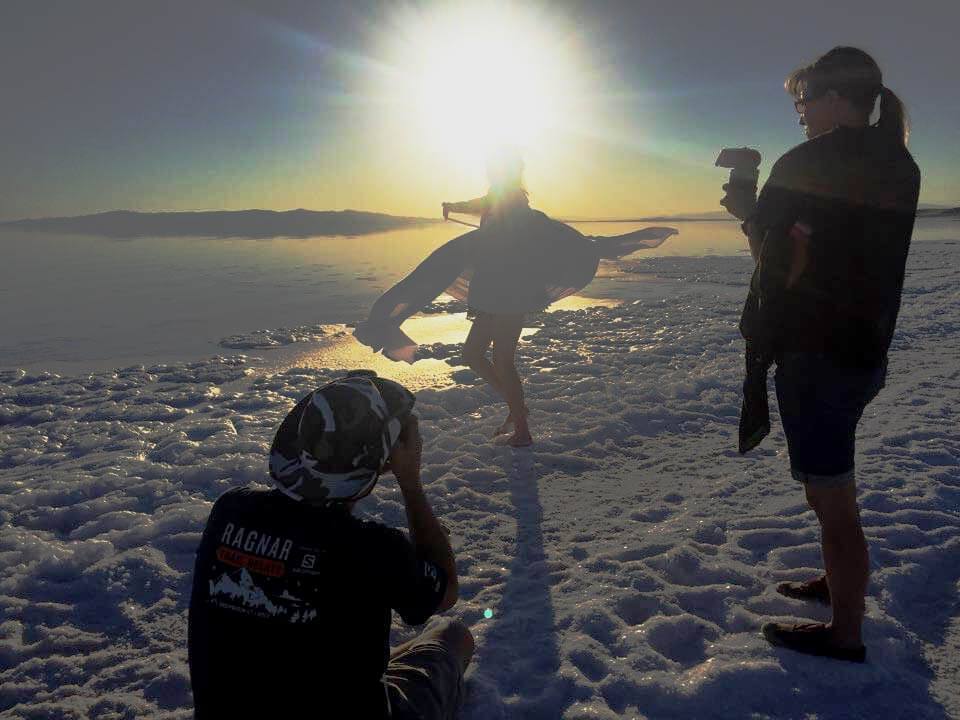 The spiral jetty shoot was a great time to just get out and shoot for fun in a photogenic environment. We had no real goals in mind, other than to just find great pictures, and have some fun. It was a long trip- fully two and a half hours just in drive time. We had a couple ideas of places to stop for pictures along the way…. but none of those turned out. The graffiti had been removed from one place, and we couldn’t figure out how to get there anyway… so pass on that. 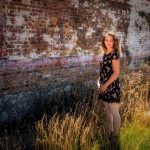 In it’s place, we found a great old building. It had everything- wonderful old bricks, faded paint, textured walls and shade I could light in. There were a good three or four places I saw to shoot, and they all worked good. We shot a series of just head shots… senior portraits if you will. We shot on the north side of the building, which was in shadow. I moved the girls out far enough I could use the sun- behind them- as a back light. The flash was on the look line and raised, also with a 1/2 CTO. 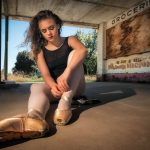 We loosened up, and started shooting more expressive pictures. The building was so good, I wanted it to be a second character in the shot. We shot wider focal lengths, to put the girls in their environment. To show off the environment. Again, we used a CTO on the flash, just slightly. The shadows can go blue, and a slight yellow on the face can’t hurt either. The soft light in the shade made it easier to flash, but on the wider shots, I still had to remove the flash heads in PhotoShop. 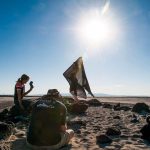 From this great old building, we drove on to the Spiral Jetty. Because of the layout of the jetty and the rocks, and where the lake and sun were, I was pretty well forced into shooting directly into the sun to get the backgrounds I wanted. I did not want silhouettes, I wanted to see the girls, and the backgrounds. So I decided to mainly pose with the girls obscuring the sun, setting the exposure from the background, and then flashing into that level. This meant a LOT of light- needed to cover not just their faces but their bodies. So I needed to work the flash very close, as you can see. 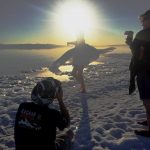 After working on the jetty itself, we walked down to the waters edge. We had the same objectives and the same problems there- shooting directly into the sun, and pouring light onto the models. This is about as harsh a condition as you are going to face- there were no clouds or anything to mute the power of the sun. The sun was low and south, and that helped, but not much. The gauze we used for the girls to work with through most of the shoot helped cut the backlight, and worked with the shots we wanted.