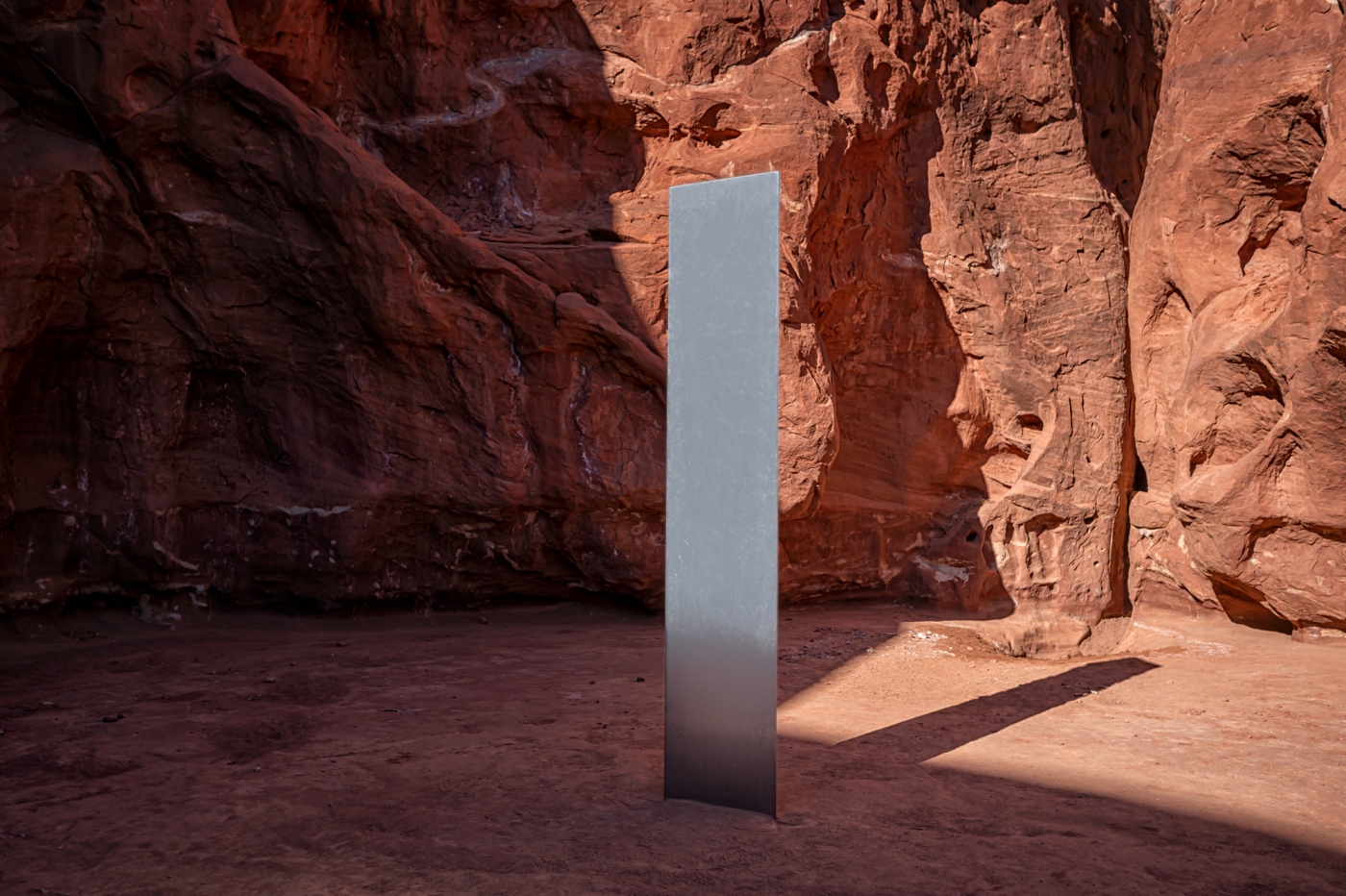 Just the other day, a tall metal “monolith” was discovered in the Utah desert. From what I have learned, this tower of shiny metal was placed in a very out-of-the-way location sometime in 2016 (based on its sudden appearance in Google Earth images in that time frame.) In the ensuing week, this object has created quite a public stir and generated even more theories about its origin.

The first speculation is about its obvious similarity with the monolith in Stanley Kubrick’s 1968 masterpiece 2001: A Space Odyssey. Other than this object being stainless steel, triangular and a completely different size color and texture, yeah, it’s exactly the same. As an allusion or an homage, you can make an argument, but as a copy of the famous sentinel, no.

And then there are those who expound on the 2001 theory and call it an alien artifact. That may draw viewers and clicks, but again, no. It is obviously of terrestrial origin, and made well within the means of current Earth science, metallurgy and techniques. Close examination reveals the panels are held in place by rivets- hardly extraterrestrial technology! There is nothing mysterious about the making (or even the installation) of this object.

The Monolith in the Utah Desert

The third- and I feel most reasonable- explanation of this is as a publicity stunt by either an artist or a marketer. If so, this person or group is rather far-sighted and patient. Waiting years to the joke to unfold shows a great deal of restraint…. in this case, it fits well with the concept. This- either joke, art installation or marketing ploy- is well executed and did its job: it created a ton of public interest. Kudos for a job well done.

They placement does not look accidental either. It is perfectly placed in an alcove of rock. When the sun hits it right, it is just beautiful.

There’s only one problem….

This was BLM land.

Having just returned from the site, I can tell you the area is some of the most beautiful I have seen in Utah. The most amazing thing about the Utah Monolith is NOT the monolith, it is the drive in. Just simply spectacular landscapes. And before now, largely unvisited.

So why is this a problem? Because the perpetrators- and I do believe that is the correct term!- used cement saws to drill the base of the monolith in to the rock at the installation. They used cement or glue to secure the base into the rock. In effect- no, not in effect, in actuality- they have torn up, vandalized and defaced our national lands.

Before you start calling me a Karen, hear me out. My overriding concern here is that BLM lands belong to ALL of us (in the United States at least), and are there for all of us to use, and to enjoy. That means unmolested. But there are oil drilling platforms on BLM land you may say. And yes, this is true, and many of us feel those also blight the landscape. But those are also permitted. The people who use BLM land for whatever purpose have gone through a permitting process, hearings, and their uses have been found to be legal, and within the scope dictated by law.

That is not the case here. I would have no problem if this were on private land, or this “artist” took out permits, went through the process and was approved. But that does not seem to be the case.

This person (or more likely group) decided on their own to deface our public lands. And no matter what you think of the installation, cutting into rock with a cement saw is defacing our lands. Period, full stop. They are stealing from ALL of us for their personal publicity stunt. And this I find highly offensive.

But this is just a few minor cuts in a rock in a place no one goes to you might think. Fine. Or maybe you say, “Dave, think of how much joy this monolith has given; surely that is worth a couple minor cuts in the rock no one cares about.”

If you are of the opinion that the ends justify the means here, tell me exactly where that line is. Can you cut into rock in an area that only sees 10 or less visitors a month? Or is it now permissible to use cement to fix a foreign object into public lands if it will generate 100,000 clicks on The Verge’s website? Or can you change public lands just simply because your intent is artistic? Or because you want to?

Simply and firmly: no. The only acceptable line is that we do not allow the defacing public property. Ever. Period. This placement of a monolith into the rock is no different that lighting a fire underneath Delicate Arch (as Michael Fatali did in 20001), or toppling a hoodoo in Goblin Valley (like the “good” Boy Scouts Glenn Tuck Taylor and David Benjamin Hall did in 20132). That the result is “art” is no acceptable excuse for vandalism of public lands.

Certainly not one I am willing to consider or tolerate. Just as we don’t tolerate what Fatali, Taylor and Hall did, we feet to firmly put our foot down here. Vandalization in any manner or form of our public lands is an offense to every American, and should be something none of us ever excuse or sanction.

Whether you think it is artistic expression or an eye sore, it was placed on public land without permission or consent, and involved cutting into a national resource in much the same at graffiti or the aforementioned vandalisms. It should be treated as such. Ethically, this is trash; no amount of ethical consideration was used in the placement or installation of this piece. As such, without a valid permit, and without any official sanction, the monolith should be removed immediately from public lands. If and when the perps are found, they should face court action. If we do not stand up and do this, what message are we sending?

If there is any good in this, I would say it is that it got me out exploring this part of Utah I have to date not seen. And it is INCREDIBLE. As breathtaking as many other parts of Canyonlands National Park (if not more so). But this does not excuse disfiguring public lands. Am I a Karen? Maybe. You can call me that, and you can disagree with me. But I just cannot see how you can have any line except NONE when it comes to discussing how much we allow visitors to vandalize our public lands. 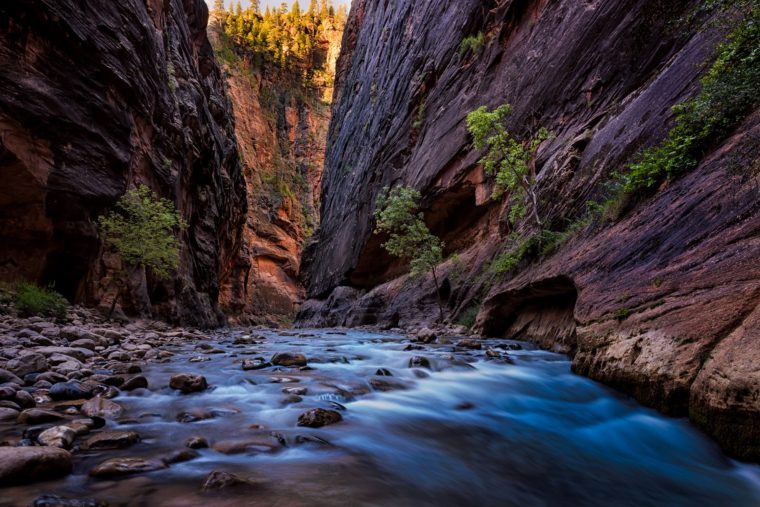