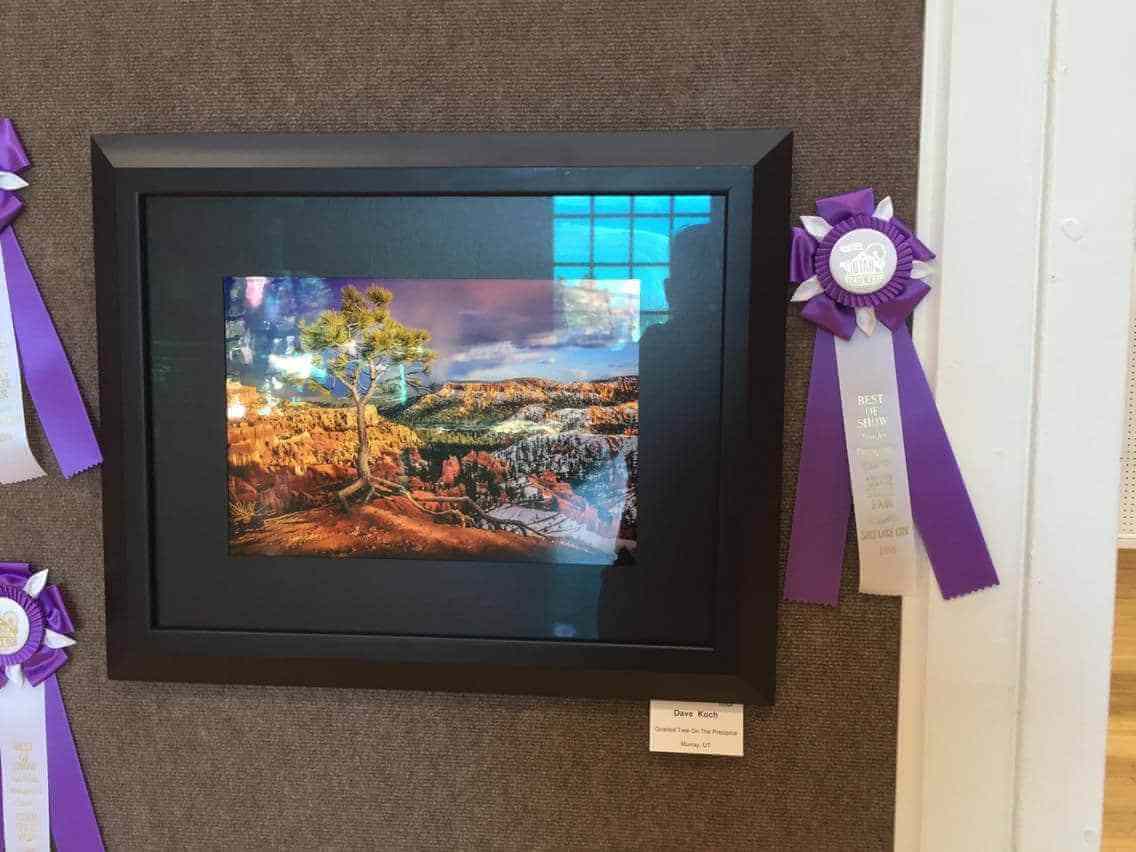 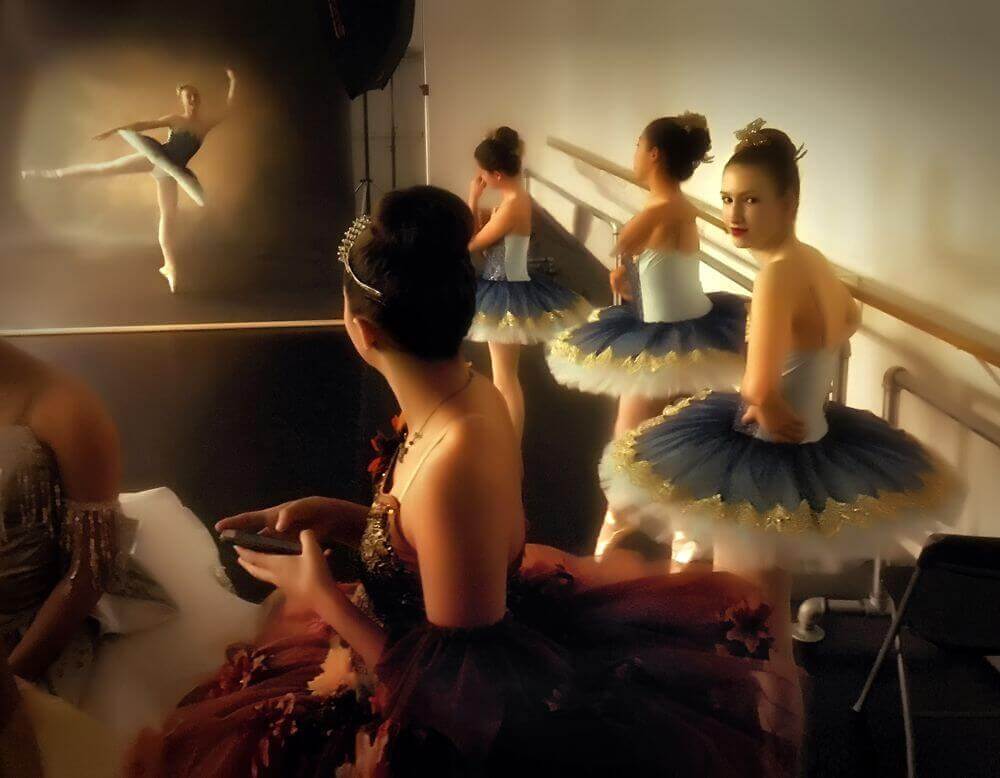 I remember the disappointment I felt last year when I went to the Utah State Fair. A lot of my pictures did well, one even placed first… but the picture I felt strongest about wasn’t even hanging in the Fine Art gallery. Just as I was leaving, I turned back. There was a small panel at the front of the room I had almost missed, and it had about 5 pictures on it, including my piece. My Ballerinas at the Photo Shoot was not in Fine Art because it won Best of Show in Fine Art Photography.

The Utah State Fair is sort of interesting in that they do not notify you if you have placed; you have to go down there and look for yourself. Judging is typically done Tuesday night, and Wednesday the show opens. I do not get to the show until Saturday- that is a LOT of days to sit on pins and needles. This year, when I brought my work in the previous Saturday, I met a photographer whose work I had come to admire greatly- Ryan Smith. This chance meeting turning into quite the mutual admiration society- and I was quite astonished to learn that this photographer whose work I admired so much was even aware of my work.

In any case, we have become good friends. I talked to him Thursday morning, after the fair opened. Ryan told me he would go to the fair that day. I asked him if he would peek in on how I had done. He said sure. 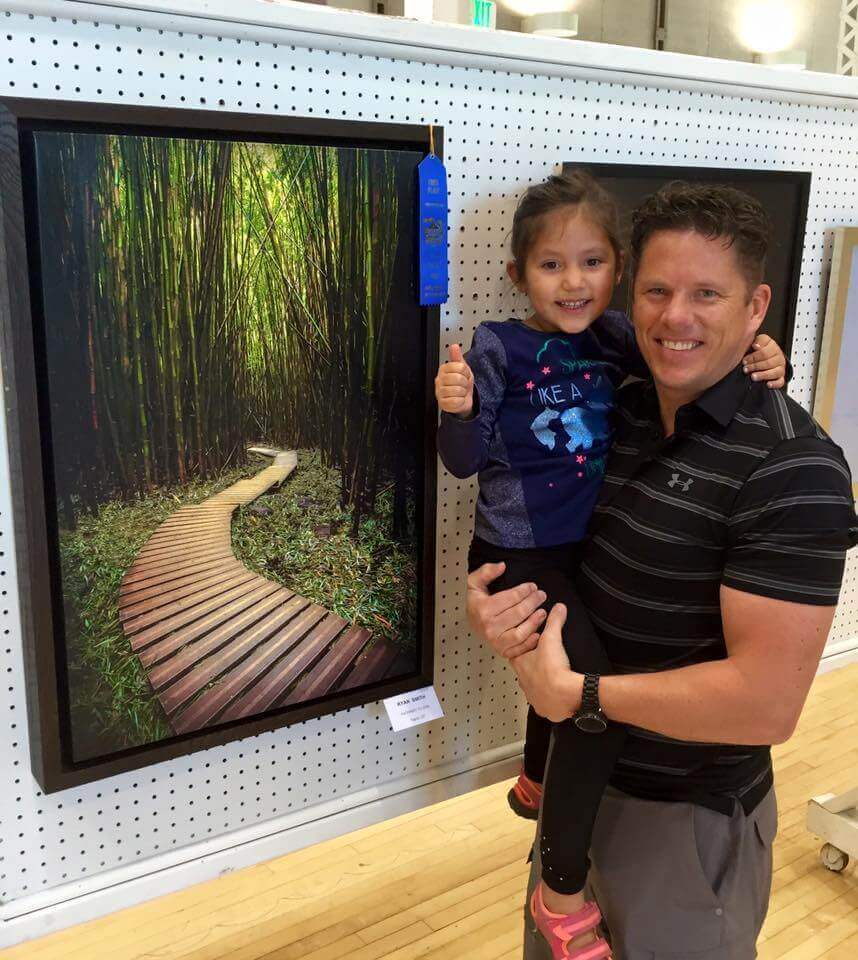 Two hours later, Ryan hits me up on chat and asks, “You sure you want to know stuff?” “Is it that bad?” I reply. Ryan keeps avoiding a direct answer, so I asked him how he did. Turns out he did quite well! He placed second in Wildlife for his crocodile (alligator?) picture, first in Architecture for a wonderful night piece in downtown Chicago, and first in the super-competitive Fine Art category (Fine Art has no divisions- it’s a free-for-all category, and easily the most popular).

So he still asks me if I want to know. I am starting to get real worried- nervous and my stomach is an acidy mess. “They dont rate BOTTOM three do they? Oh man…. I am so sick to my stomach….” I wrote to Ryan. 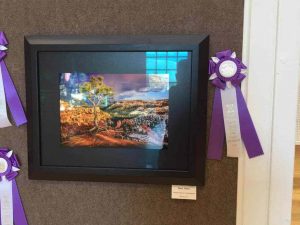 Then I got a text from my friend Lala. There is one of my pictures, but not the one I expect. I had though that my Snow Queen piece would do well in Fine Art…. but as I see in Lala’s text, it was “Gnarled Tree at Bryce Canyon” that caught the judges eye. And in a complete surprise, for the second year in a row, I had won Best of Show in the Fine Art Photography competition at the Utah State Fair.

Needless to say, I started bouncing off the walls. I had hoped for a ribbon, and honestly, I would have been happy to get an honorable mention. I just want to make pieces that people like, and the recognition that it is a good piece is enough. But Best of Show, wow. And in Fine Art- even Wow-er! There are a lot- and I seriously mean a LOT- of great and wonderful photographers in Utah, and some really incredible pictures get submitted to the state fair. To be singled out above them once is a distinct honor, and twice, well, I am humbled.

I do not know yet how the rest of my pieces did. I am hoping well, and I feel good about them. I will find out tomorrow, when I actually go to the fair myself. If you happen to get down to the fair park, I hope you will stop by and see my picture, and let me know what you think. And if you feel it is worth it- vote for it for People’s Choice…