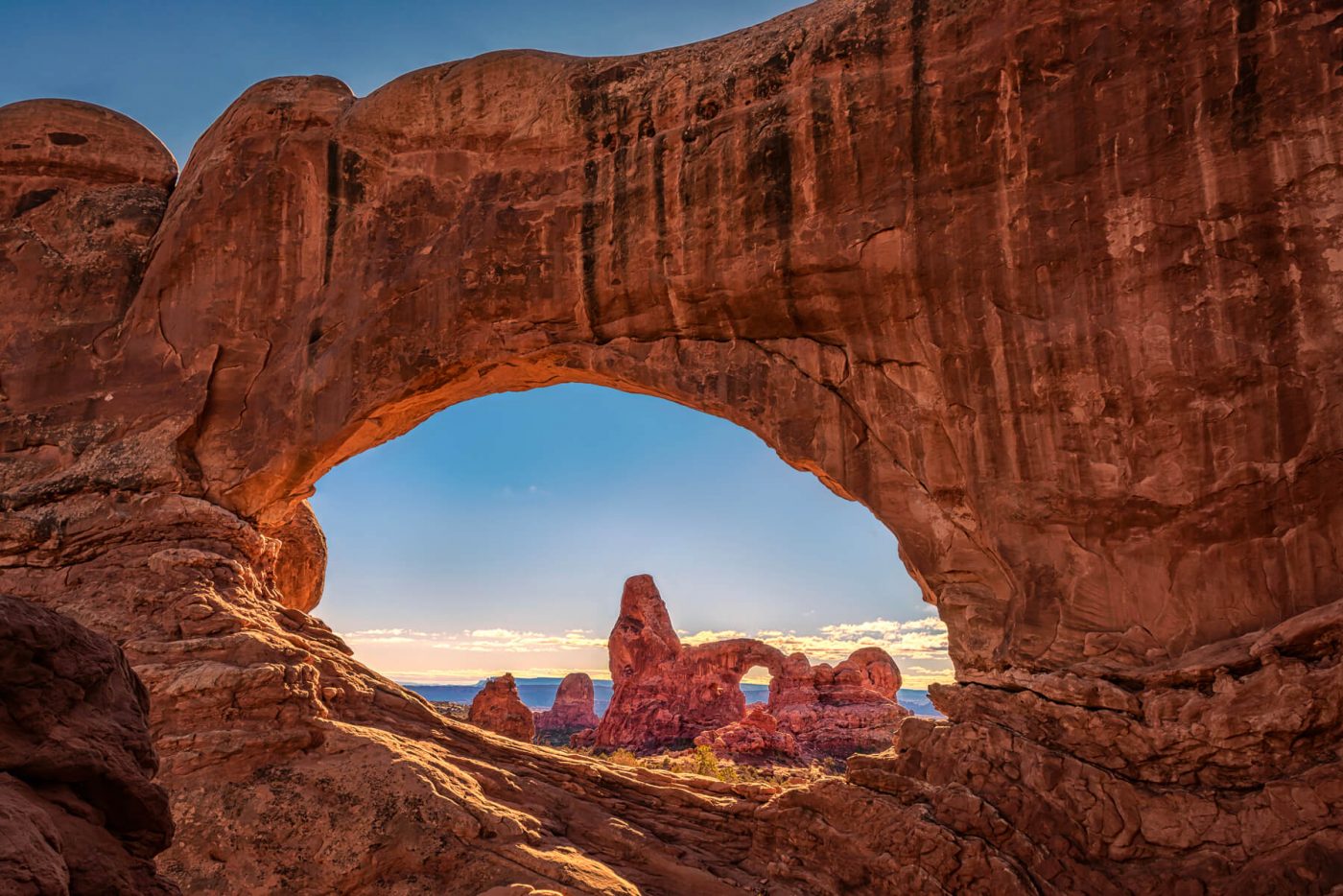 Arches National Park is a pretty popular park. The park is very interactive, too; it begs you to walk, to touch and to explore. Arches, after all, are made to be climbed on. You can’t climb over the Arches, of course; the rangers frown on that. But tourist can- and do- climb all over beneath and around them. All the time. Millions of them. And they do it just to ruin my pictures.

This is a pretty popular angle on the North Window Arch. Often, this is shot at sunrise, with gold light spilling through North Window and hitting the Turret Arch in the distance. I used to think this was shot the opposite way, but discovered that error the last trip to Arched last August. (I had also thought it was done at sunset- my mistake!)

This was late afternoon. And the place was crawling with tourists. The light was nice, turning gold in the distance. The near side of North Window was lit by red light reelected from the rock wall I am perched on, resulting in the deep red glow of the shadow.

I sat there for a good hour, watching this great light. And watching all the people climb up and sit under the arch, take pictures there, and try and climb up the sides. At no point- and trust me, I was watching- was the shot completely free of people (until I broke down the tripod, of course!).

So how to get the image like this free of people? There are two ways. The first necessitates you being pretty good at the PhotoShop, and that is to just do it in post. The second needs a tripod.

Are you a PhotoShop master? Then taking the people out shouldn’t be too much of a problem. Clone some, copy some, and repair some. It also helps if you plan well. Look at where the people are as they climb around…. and look behind them. Pick where the areas you can repair easier, and wait until the people are there. The down side of this method is the final image will not be 100% exactly true to the original landscape (but when has that ever bothered me?).

If you have a tripod, just take a short series of images without moving the camera. Stack them in PhotoShop. Mask each layer, and replace the people with the image with no one there. Oh, I guess this method requires some mastery of PhotoShop too!

On this image, I was stacking exposures, so I used method one to lose the people. I had to fix both exposures before I combined them, but it worked well I think. 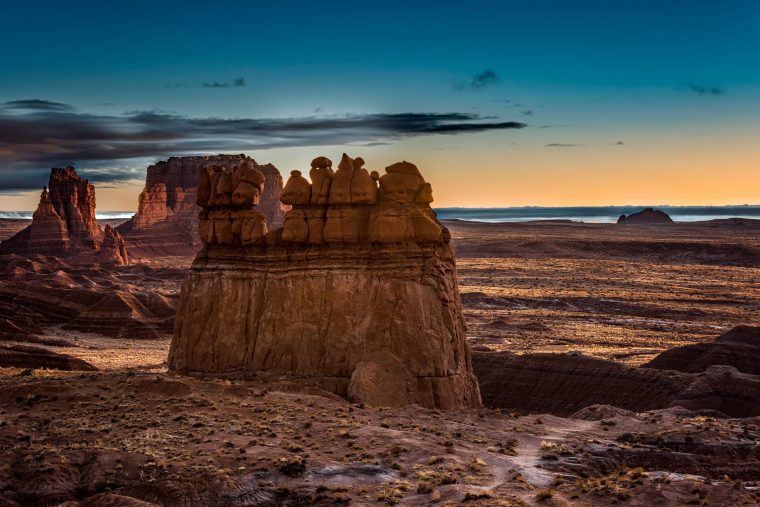 Eyes of the Goblin