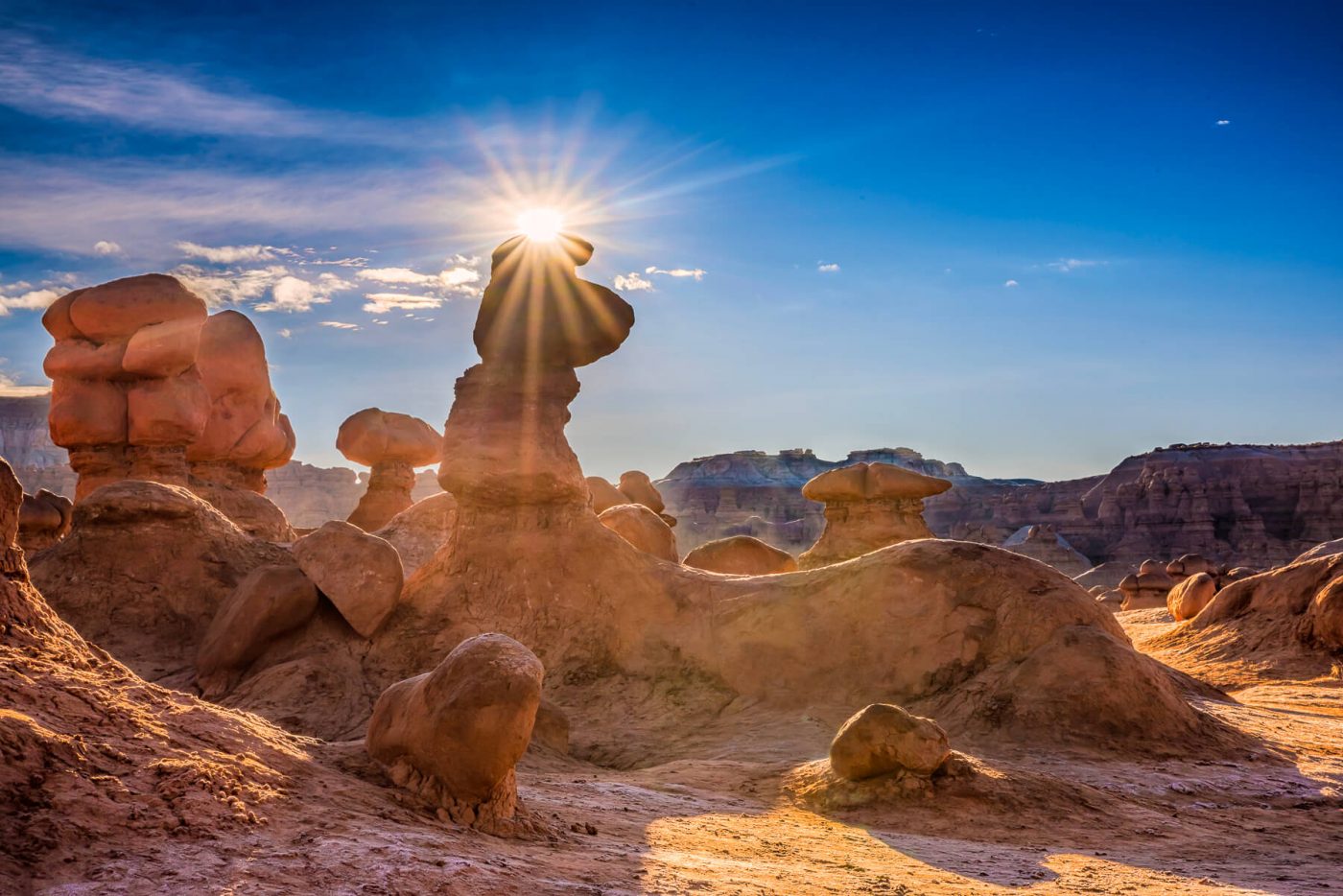 The blue of the shadows in the valley combine with the red of the rocks or make a strange purple tint in the shadows. The sun pours gold onto the landscape. The sphinx-dog looks to the west. Every rock shape looks like something.

There is not a whole lot to add to this shoot. Once the sun started coming up, I was shooting like a machine gun. Every way you turn in Goblin Valley is a great shot. Early in the morning was so much more spectacular, as you will see in upcoming shots. As an advance peak- smoke rising from the Hoodoos as the dew steams off, and frost gems along the ground. You won’t see either in the heat of the day.

But the Hoodoos are the real draw here. There is so much variety. When you shoot to the west, you wonder what you are missing to the East or the South! You really have to edit in your eye, because you can’t shoot everything. 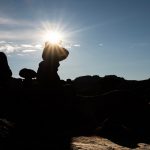 This shot interested me for the obvious dog profile. And the sphinxlike body. This was still early enough I was getting a lot of color contrast between the shadows and the sunlight. The red rock definitely enhances that color contrast. A little twist up on the vibrance and the contrast is much more obvious.

This was my second field trip with my D810, the first being Bryce Canyon the weekend before. This was shot with my workhorse Tamron 24-70, which is a great all-purpose lens. Polarizer? Not in this shot! A polarizer will do nothing when you shoot direct into the sun. And I do like shooting into the sun!

So, how to shoot into the sun? Well, first remove ALL your filters. Hopefully that leaves you a very clean lens. If your lens isn’t clean, clean it! Any dust will show up and, more often than not, screw up your lines. Now to get the sunburst, you have to do two things. First, shoot all stopped down. You need the smallest aperture possible. (You can open up one stop, but the effect will be less).

Second, the whole sun will not burst. You need a tiny part of the sun peeking out from something obscuring it. What I often will do is put the camera on a tripod (ALWAYS!!!!), and then move it until the lens is covered by the shadow of the object. Then get behind the camera and make minor adjustments until you get the burst. Expose for the general scene, NOT for the sun.

There you go. Now get out there and shoot something!