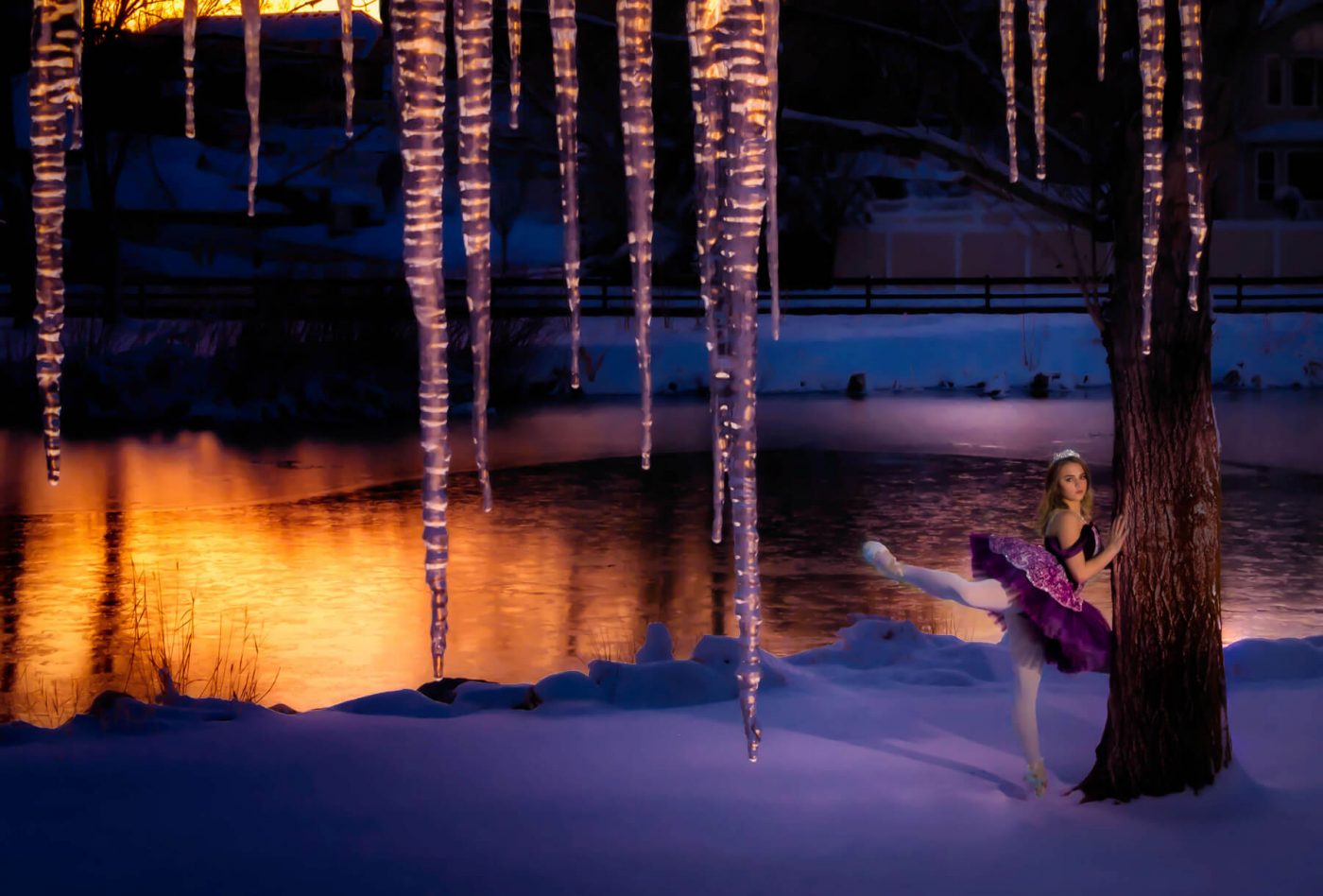 Katie and I went out for just a quick shoot. The snow was nice, but the sky was not all that impressive. We shot here and there, and then I noticed the icicles hanging down from the roof of the main building at the park we were at. There was a bench, which I jumped up on to get the icicles in the foreground.

The light started really breaking, so we knocked this off really quick. I think we were only able to make 5-6 images. Plus, we had already been shooting for a while, and Katie’s toes were starting to go. I have to say, she is a real trouper for sticking it out. I think the glow in this image shows that is was worth it.

I wanted as deep a depth of field in this, so I pushed the f-stop all the way. Even though Katie was able to hold herself up with the tree, we still have some motion in the model, so I needed a somewhat fast shutter speed. I settled on 1/60th, which seemed to work well. I probably could have gone lower, but this gave me ISO400, which on the D500 is totally good. So that was how I set all the exposures. 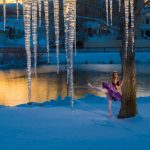 Focus was on Katie. The icicles were probably a foot in front of me, and they are a little soft. But it works for me. Better than trying to split the focus and lose everything. At least here we see Katie sharp, and that is the important part.

This was flashed from camera right. Katie’s mother is my human light stand (shout out to Lani!). For the flash, I used a Nikon SB-900 which had a half CTO on it, and I white balanced to make that white. From there, the other colors came in right where I wanted them; essentially making the ambient bluer, and the sunset already was yellow enough a little less yellow/orange is barely negligible. I brought a little magenta into the white balance in post to help echo the dancers dress.